" In this generation, everyone is just like a lonely island. Adrift in the ocean, and just let the sea washing away the past. Feeding by the ocean currents in the extreme. Lament doesn't need languages. Living doesn't mean exist. We just stand in the middle of ocean. Gazing away each other. " ARCPLG, an abbreviation of Archipelago, is a name inspired by a fishing boat they saw in Penghu county, Taiwan. This duet-­vocal band consists of five band members. Other than the influence of Post­-Punk, they also mix their music with variations in rhythm and elements form other music genres. Their lyrics focus on the observation of contemporary society and self recognition, hoping their music could represent the generation of themselves and giving out a brand new hearing experience with their every artworks. 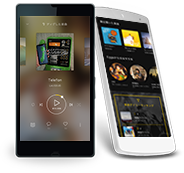